Portland was awesome. Jeff and I had so much fun. The best part was just having time to hang out with Jeff and relaxing, not having to worry about anything. We really need to start do this more often. 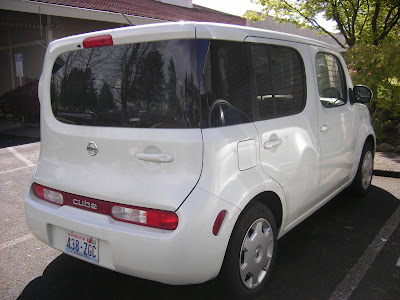 The ugly ass CUBE that we rented and fell in love with. 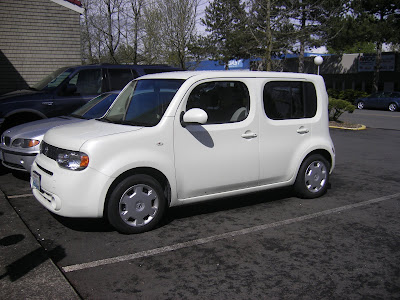 I'm serious, I want one.
The worst part about Portland was driving. Their street signs were tiny and we got lost a bunch. We even had a GPS system but it didn't help much when we couldn't even see the damn signs. 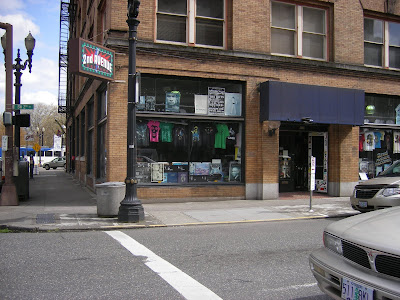 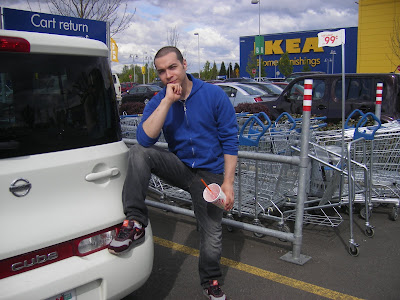 Jeff wanted to pose for me in front of Ikea. 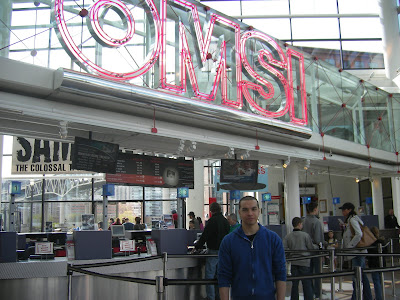 OMSI was fun, it was definitely geared toward little kids but it was fun. 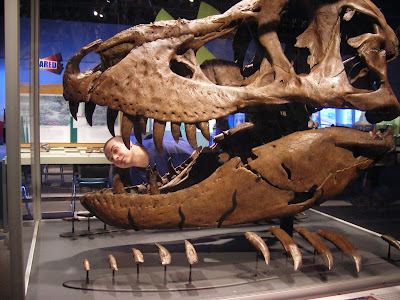 Jeff was so stoked to see Samson. He has been waiting for years to see an exhibit about dinosaurs. 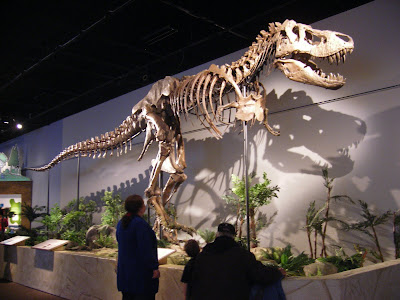 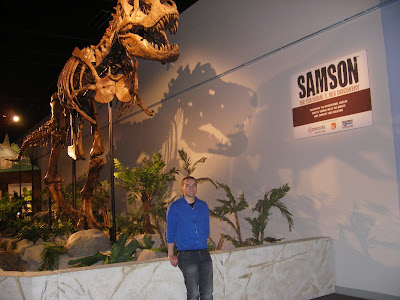 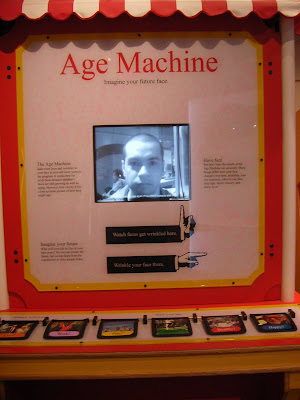 We used the Age Machine! 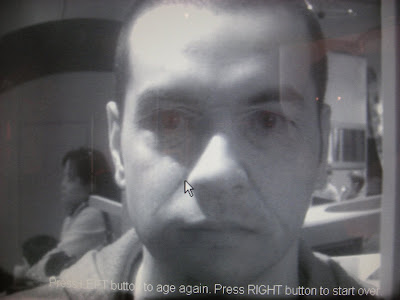 This is Jeff when he is 30, I think it's a little exaggerated. 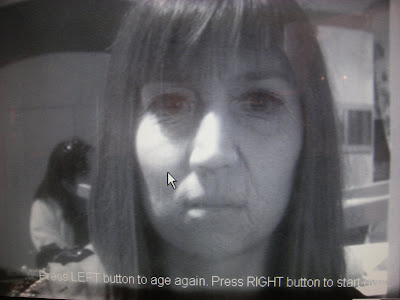 This is me when I'm 49. I'd say it's pretty accurate. Hahaha! I look like a pissed off old lady. Classic. 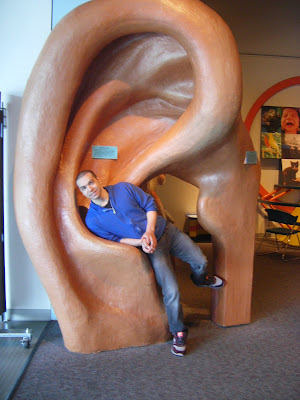 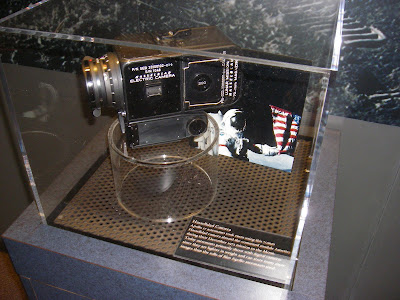 I had to take a picture of the Hasselblad that was taken to the first moon landing. 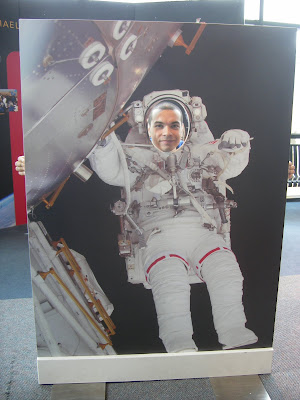 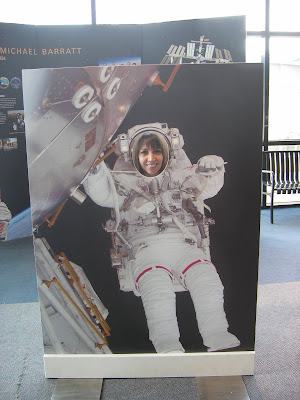 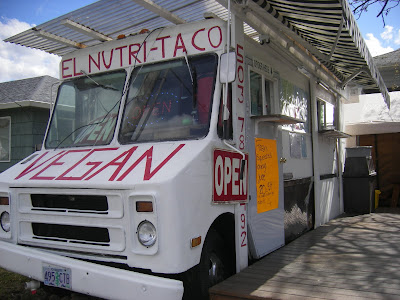 A friggen vegan taco truck! Yes! Can't get any better than this. 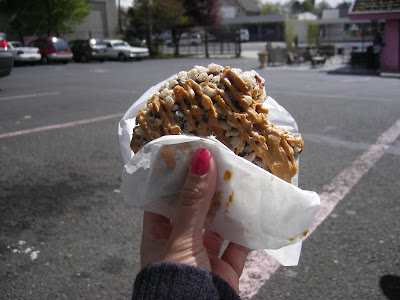 A doughnut from Voodoo. 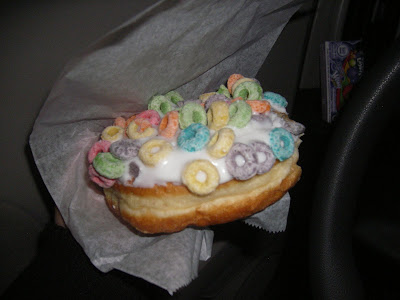 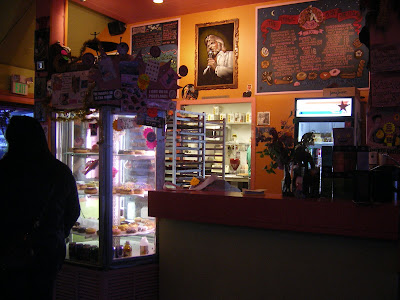 This place was really cool but there were so many people there. We waited in line for 30 minutes. Notice the Kenny Rogers painting on the wall. Sweet. 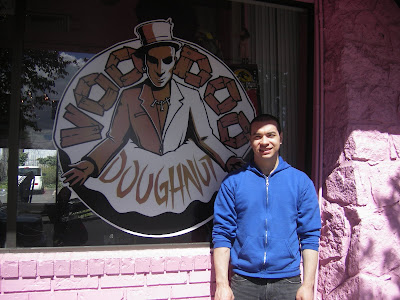 Jeff in front of Voodoo Doughnut. 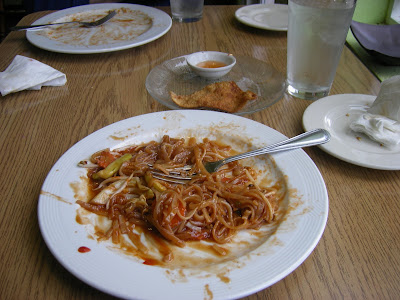 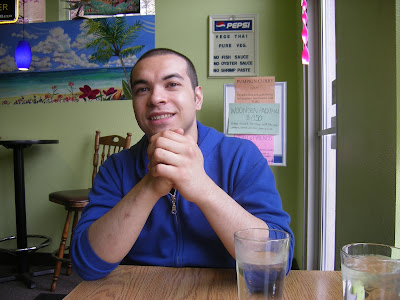 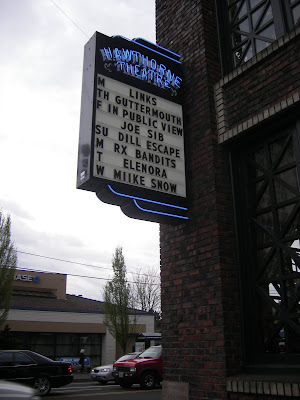 We saw Dillinger Escape Plan at the Hawthorne Theatre. 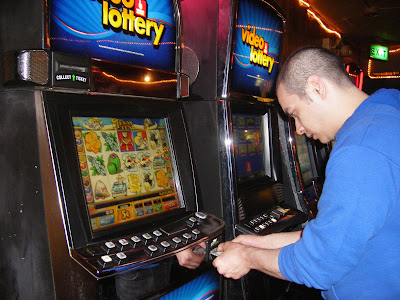 Jeff played Texas Tea anywhere that had one of these machines. 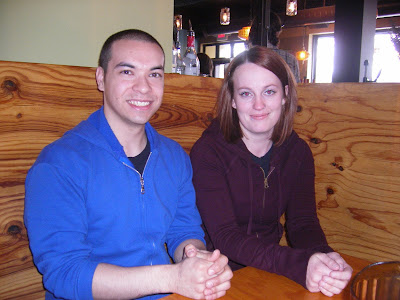 Jeff got to see his friend, Heather, from high school. 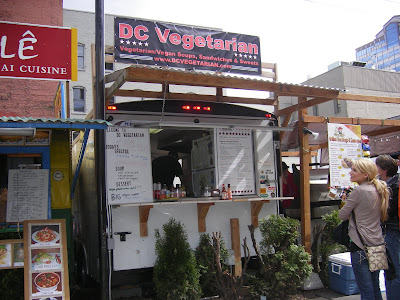 Portland was full of these food carts downtown. A lot of them offered vegetarian food and a few were strictly vegetarian. We loved this about Portland. 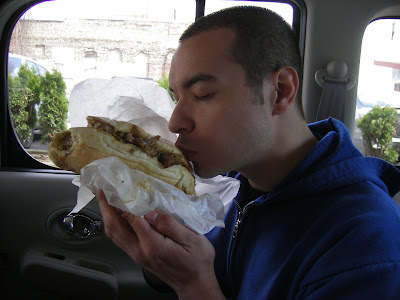 They had a "steak and cheese" sandwich made with seitan. Jeff calls it "satan meat." Ha! This is his new favorite food, he loves it more than he loves me.
at 3:41 PM