The making of my photographs

I thought I'd talk a little bit about my series, "Spaces of Cultural Comfort," seeing as how it's been something that I've been working on for almost three years. When I first started this series, it was very personal. I wanted to make work about my family but I had no family living in Boise to make work about. So, I started thinking of where I felt most at home. Who were the people that reminded me of my family? Then I realized that the Mexican stores that I frequented were places where I felt most at home, at ease and comfortable. I don't know the people I photograph but somehow they make me feel like family. Like I've always known them.

As you guys know, my mom was an illegal immigrant up until a few years ago, so immigration is a subject that is very important in my life. After hearing so much about how illegal immigrants are destroying America, I decided that my photographs had potential to say something about what Latinos contribute to society. These stores are widely unseen by the general public, but they contribute to the local economy just as much as any other business because they pay taxes and they employ local people. Immigrants are the people who make these businesses stay alive and grow. I want people to look at my photographs and really think about and focus on the positive aspects of immigration. Yes, there are a lot of negatives, I do not deny that, but what if we could learn to see the positive in immigration? Certainly, we could have avoided, say, Arizona's Anti-immigration Law. Perhaps? I hope that my photographs will allow my viewers to engage in a discussion about this.

The following photos are a behind the scenes look at how I photograph. Thanks to Melissa Hartley for coming with me and documenting my process. I'll just very quickly go over how this goes down. Typically, I walk into a store and ask if I can take pictures inside. Once they say yes, I set up my tripod and find an interesting spot (which is not hard to find) and I compose and meter my shot. I do not use any other lighting other than the ambient light for two reasons. 1) Most of the stores are so small that even my tripod is hard to set up. 2) The people I photograph are employees of these establishments, which means they are busy trying to do their job. The last thing they need is some big production in the middle of the store. These photographs are just as much about the space as they are about the people, so you'll notice that the they are not your typical portraits. A lot of the space is included and sometimes the people get lost in all the products. 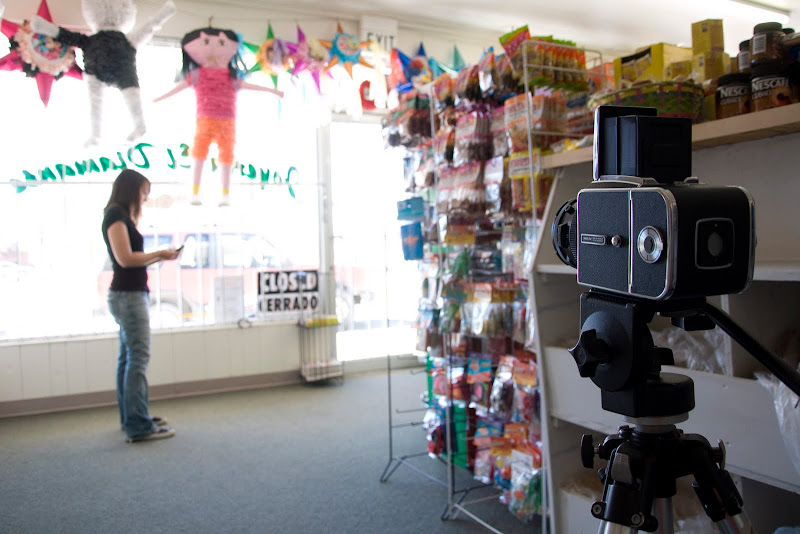 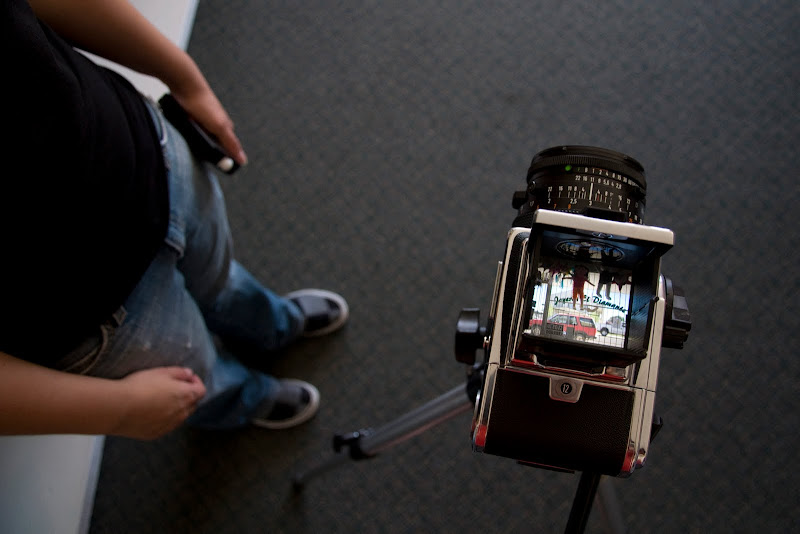 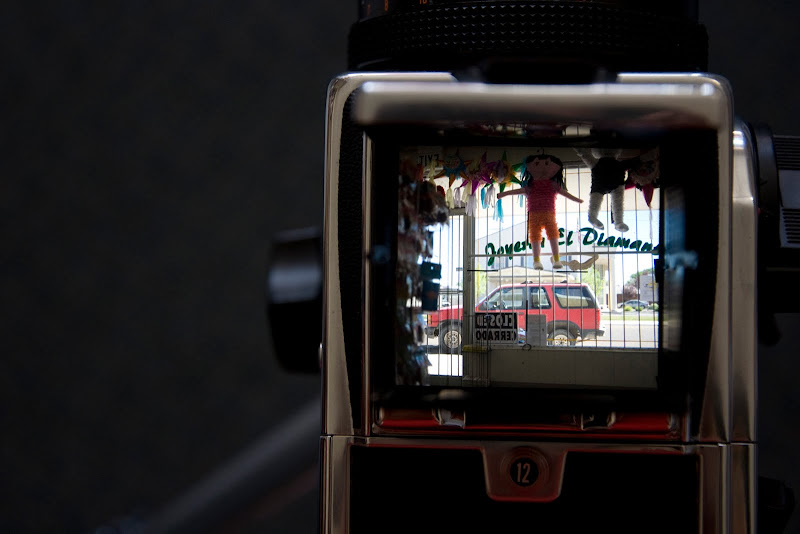 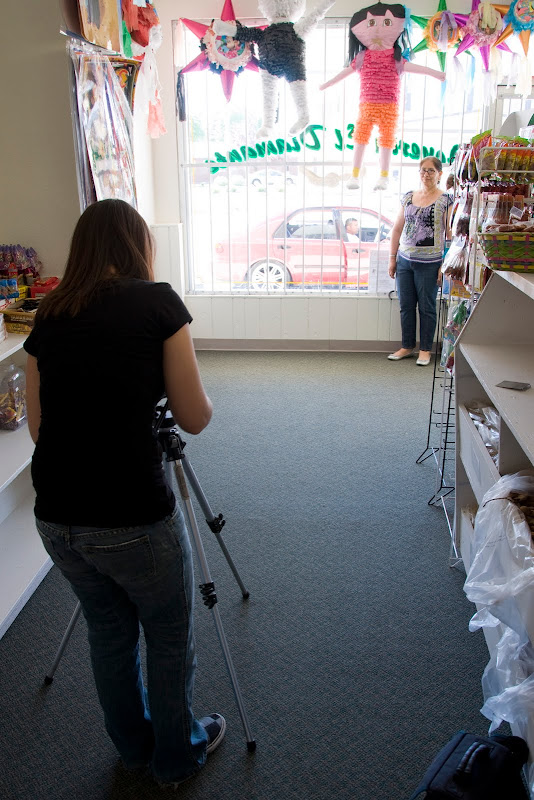 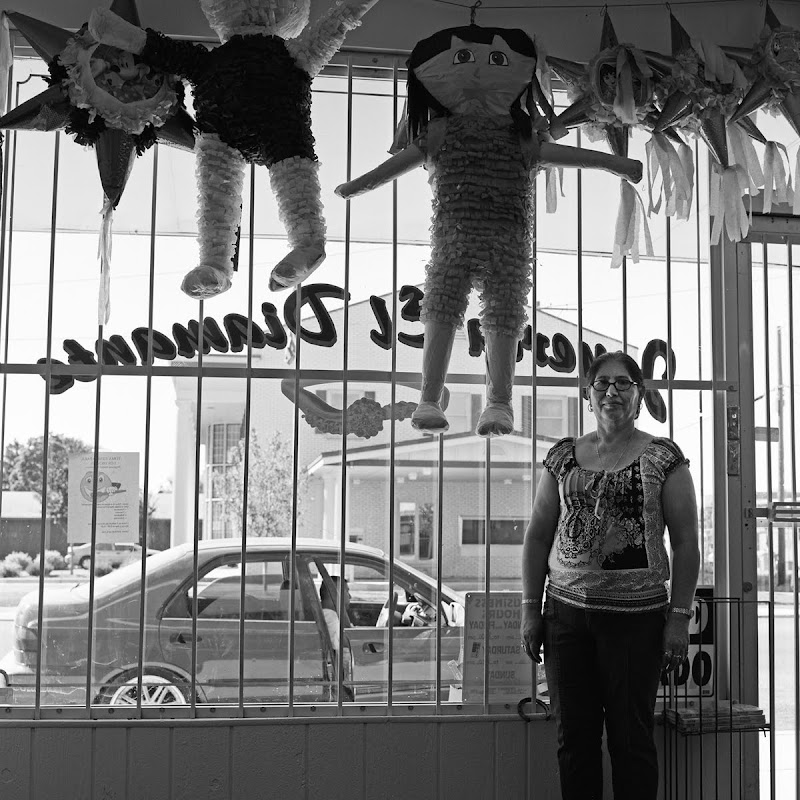 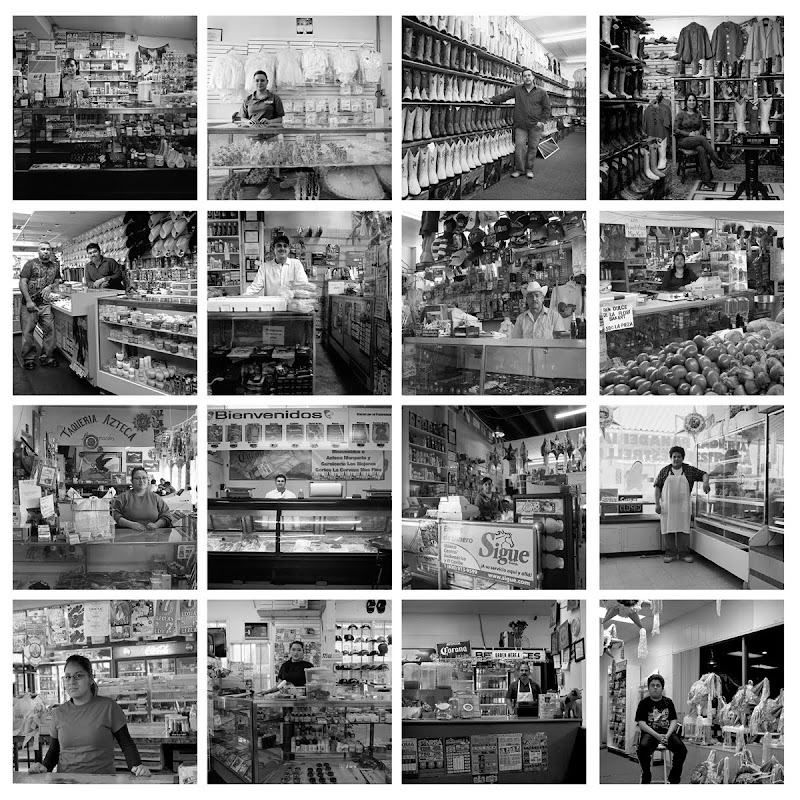