"If you have five seconds to spare then I'll tell you the story of my life :"

914 E 28th Street, Los Angeles, California. This was my address growing up. It was originally a garage that was meant for the mansion (it was a mansion to me anyway) that sat in front of it. An elderly woman that liked to water her plants in her robe occupied the mansion. She never said much, this lady, but we knew she hated us the day we sat on her blue-gray front steps and she took her hose and sprayed us with it as if she were just spraying off mud. The northwest corner of the mansion was rented to a hermit of a man that drove a black 1980’s Mercedes Benz that he parked in front of our house. I remember this man was incredibly skinny and my parents told me that the reason he was so skinny was because he was sick. It wasn’t until I was older that my parents told me that he had AIDS. The same family who owned the mansion and our house owned the apartment complex next door and it’s where most of our friends lived. Aaliyah, Armando, Tarkeisha, Lamar and Chris all lived there. They were all mostly Claudia’s age but they allowed my little sister and I to hangout with them too. These were the kids we hung out with on a daily basis, the kids we went to the YMCA with, that we roller bladed around the neighborhood with, that we ate pickles and Kool-Aid with, that we played Double Dutch and Chinese jump rope with. I have no idea where any of these people are now. I wish I did. Maybe we could all reminisce about the better days.

This post all came about because of the following photos. These are two of the girls we used to hang out with. My sister Claudia recently found one of them on Facebook. 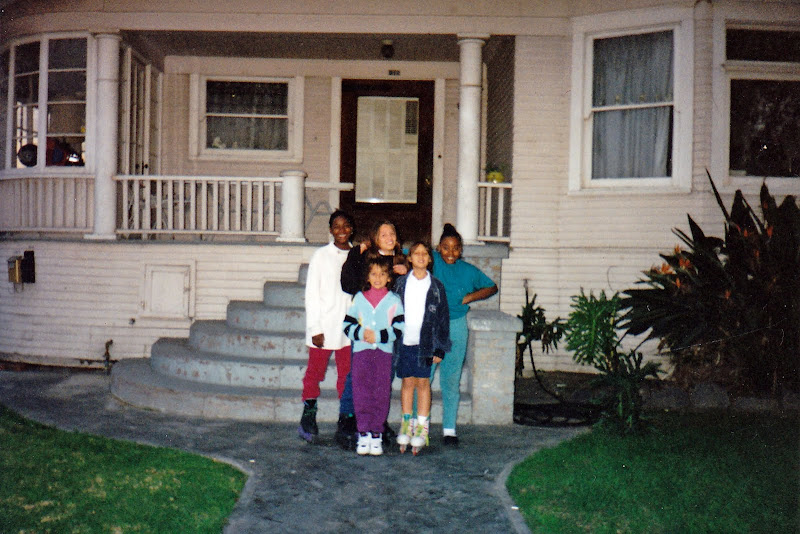 You can see our house in the back in this photo. The staircase leads to the skinny man's apartment. 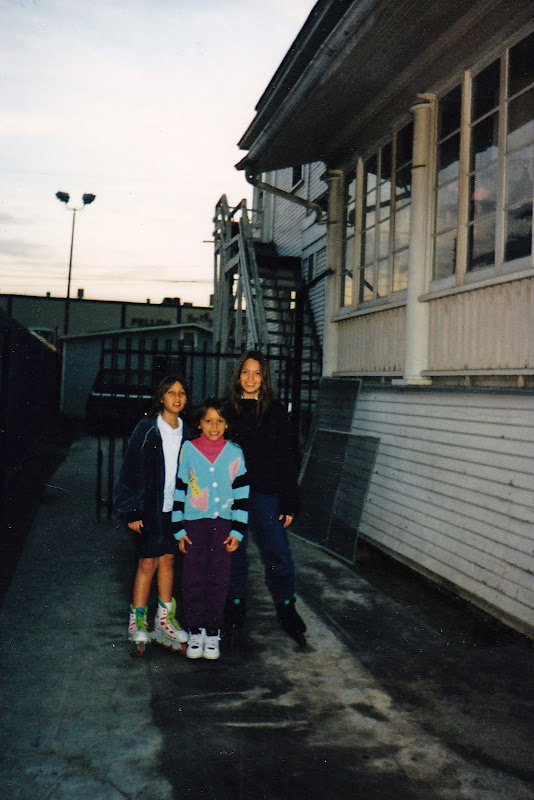 My eyes are closed in both photos just in case you didn't notice. I'm also dressed horribly. Whatever.
at 12:10 AM

Email ThisBlogThis!Share to TwitterShare to FacebookShare to Pinterest
Labels: Personal