I have known Melissa for almost three years now. We both work for Boise State as university photographers. I love working with her. Her stories are always fun and she has a beautiful personality. She's one of those people that you wish you could be like because she is always laughing and having a good time. When she told me she was engaged to her high school sweet heart I was so happy for her. Her face lit up when she told me the story of how they met for the first time. Melissa met Mitch when they were sixteen years old at a friend's birthday party. She immediately liked him but he had a girlfriend at the time. She remembers how she couldn't stop talking about him at a sleepover on her friends trampoline a few days later. She even wrote a poem about him! Several days later she saw him again and during a game of twenty questions, Mitch's last question to her was: "Will you be my girlfriend?" They went on their first date on September 15, 2002 and they've been together ever since. Mitch proposed on December 25, 2008. They married on September 13, 2009.

Melissa and Mitch, thank you for inviting me to share this special day with you and for trusting me to photograph it knowing that it would be my first wedding. Not very many brides would do that! 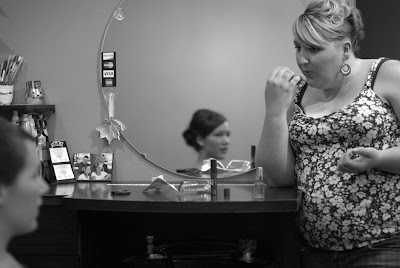 Email ThisBlogThis!Share to TwitterShare to FacebookShare to Pinterest
Labels: Weddings